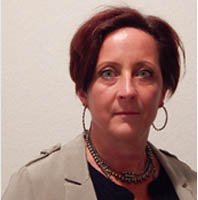 Ms. Brenner-Beck, former legal clerk to the Honorable Carlos F. Lucero on the U.S. Court of Appeals for the Tenth Circuit in Denver, Colorado, has diverse and interdisciplinary experience involving a wide-range of clients. With over twenty-three years of practice, Ms. Brenner-Beck advises clients in both the public and private sectors, especially in the areas of litigation, investigations, government relations, regulatory matters and other complex legal issues.

A retired Army Judge Advocate, she provided legal advice to military and civilian leaders on a wide range of legal issues, to include environmental, operational, international, medical, fiscal, labor and employment, contract, and military personnel law, government investigations and ethics, and criminal and regulatory matters. Her depth of Federal litigation and appellate experience was further refined while clerking for the Tenth Circuit. In the past nine years, in addition to serving as a legal consultant to U.S. corporations on international legal issues, Ms. Brenner-Beck also became certified as a mediator, enhancing her conflict resolution skills. She has written numerous articles and published contributions in book chapters regarding the Guantánamo military commissions, national security, and criminal law.

Ms. Brenner-Beck’s senior leader advisory abilities derive from experiences such as serving as Legal Advisor to the Commander of U.S. Army Europe, and to the Inspector General for the Department of the Army. Her experience litigating complex cases enables her to quickly grasp emerging legal issues in the cyber area and advise EosEdge clients on compliance, reason based prevention, data breach requirements, mitigation, and interaction with federal and state government, to include law enforcement. Her expertise as a government attorney, specializing in compliance (inspections and regulatory law), enforcement (command and inspector general investigations), and litigation (risk management) allows EosEdge to advise clients in the rapidly developing area of cyber law. Essentially a combination of statutory and regulatory law, cyber law is constantly developing in response to changes in technology or the threat environment. Because of her multi-disciplinary background, Ms. Brenner-Beck contributes to EosEdge’s ability to both advise clients and advocate for changes in law, regulation, or policy on behalf of our clients.

Viewing Treaties through a Military Lens, in Treaties as Law of the Land? CHANGE AND UNCERTAINTY IN THE DOMESTIC EFFECTS OF INTERNATIONAL AGREEMENTS, Cambridge University Press (with Professor Geoffrey Corn), (forthcoming, 2015).

Federalism and the Treaty Power: Breaking the “Bond(s)” Between Nations: The Treaty Power and Status of Forces Agreements, 5 Am. U. Nat’l Sec. L. Brief 1 (2014).

Keeping the Special Needs Exception Truly Special: Why a Comprehensive Approach to Evidence Admissibility is Needed in Response to the Expansion of Suspicionless Intrusions, 56:1 S. Tex. L. Rev. (Nov. 2014).

Do As I Say, Not As I Did, An Examination of Intellectual Property Protection in the Third World, 11 UCLA